Though a regular visitor to Dundalk over many years I had never been to St. Nicolas’ Church before, but knew well that imposing building that cut through the lanes of traffic at the north end of Clanbrassil Street as the prow of a ship cuts through ocean waves.

Being fashionably late I arrived to find the entire choral ensemble in full throat on the alter and unfortunately missed the Kyrie and Gloria from Haydn’s Missa Brevis (I mistook the starting time basically, apologies to all) but quietly slipped into my seat to the Jubilate from Mozart’s Benedictus sit Deus. Despite my tardy timekeeping I was rewarded by a return to Haydn’s Little Mass with a beautiful rendition of the Sanctus and Agnus Dei. The full compliment of singers was quite large, 60 or 70 I would guess, all turned out in black with red part books and they were certainly a credit to the Music Department of DkIT!

The program was essentially in two parts, historic and contemporary. Along with the Haydn and Mozart pieces mentioned earlier the ‘historic’ section included the Ave Maria by the Flemish composer Jacques Arcadelt, a very popular choral choice from the Renaissance period, beautifully delivered with restraint and solemnity befitting these earlier works. We then moved on to a selection from a composer I was delighted to hear performed, William Byrd, one of England’s greatest Renaissance composers. The program included the Gloria and Agnus Dei from Byrd’s Mass for Four Voices, a work that has a certain amount of intrigue surrounding it in that it was written in the 1590’s after Byrd had converted to Catholicism which was not a great career move in post Reformation England. Initially the work was undated, unsigned and even the printer didn’t put his name on the autograph.

This section ended with a piece by Jacobus Handl Gallus, a Renaissance composer from present day Slovenia. His Ecco quomodo moritur justus  (See how the just die) is a fittingly solemn and reverential setting of the death of Christ.

The second part of the program featured a selection of more contemporary works and opened with Bob Chilcott’s A Little Jazz Mass. Chilcott is something of a hero in modern choral circles having been a chorister at King’s College, Cambridge and then Singer and Conductor with the King’s Singers. A man with a lot of experience in the world of choral music and no doubt.

I will be honest and say that though being a big jazz fan (well bebop at least), the more spiritualist end of the jazz spectrum has never really been to my taste. Maybe being brought up in a north European Christian tradition I feel a certain jarring quality with ‘jazzy’ church music, a sort of mismatch maybe. But that would be just my own opinion and thankfully musical tastes are like the Late Late Show, there’s one for everyone in the audience!

We followed Chilcott with a little treat, Moses Hogan’s arrangement of I am his child beautifully sung and ended with a rendition of Old Time Religion, a tune whose origins have been lost in the mists of time but always rises to a round of good clapping… well done! 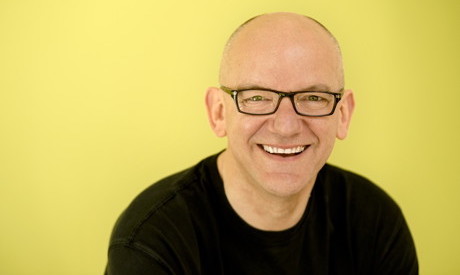 It can be problematic when singing in a foreign language (let alone Latin!) to create an emotional link with the lyrics and respond accordingly, hence glorious and joyous passages can tend to be sung in a rather restrained and academic fashion which can drain the piece of some of its emotional impact. Overall the singing was beautiful, lyrical and sweet with wonderful harmonies and melodies but a bit restrained. Of course the context of some of the material is solemn and reverential but that should not inhibit the vocal projecting the glories and beauty of this music and there were certainly enough voices to have St. Nicolas’ ringing. Conductor of the first part of the program David Connolly did seem quite regularly to be encouraging the singers to make the most of their voices and asking for more volume… more volume. The bass lines were also a touch weak and tended not to ground the music which occasionally flew off with the altos and sopranos without the earthy balance of the basses to lend form and structure.

The string and keyboard accompaniment was restrained with a number of pieces like those of Byrd and Gallus sung a cappella which is always wonderful to hear so there was plenty of room for wide vocal range and volume to show through.

Finally it would have been helpful for the conductors to give a brief introduction to the pieces we were listening to. This was quite an impressive performance of material from very different genres which I’m sure required a lot of practice and planning and the audience were left a bit lost as to what they were listening to. All told an evening of wonderful vocal works, many of which are becoming pieces of historical interest rather than the magnificent and inspiring works they are. Well done to all!

I have been studying Baroque music over the last couple of weeks under the excellent online tutelage of Prof. Craig Wright at Yale University and most of the course has understandably centred on the music of Purcell, Vivaldi, J.S. Bach and Handel. One composer we didn’t touch on among the many gems from this period was Jean Baptiste Lully.

Lully was Italian but went to France aged 14 and through various intrigues and connections caught the ear of the young Louis XIV and went on to be his court composer. Lully was a prolific and talented composer of sacred and secular music, ballet and opera and he collaborated quite often with Molière, the great French dramatist, on many pieces. Such was his influence on Louis that in 1672 he was given sole permission to produce French opera. Quite an achievement for an Italian! This was the start of the genre of French opera called ‘Tragédie Lyrique’ where performance included ballet sections, probably to accommodate Louis’ love of dancing (now thats my kind of monarch). 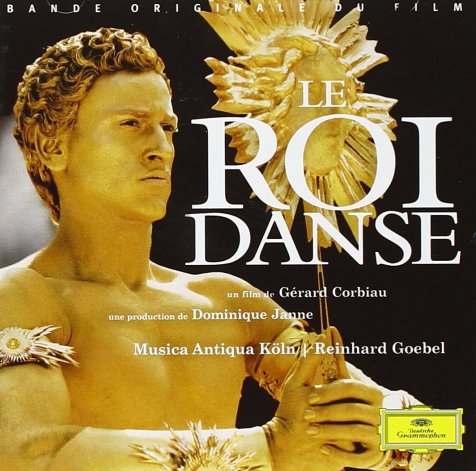 Le Roi Danse is a wonderful film about Lully and his relationship with Louis XIV and Molière by Belgian filmmaker Gérard Corbiau. The portrayals of the atmosphere, intrigues and characters in the court of ‘The Sun King’ are wonderful and the costumes and sets are amazing, this is a big period drama! But as you would expect the star is the music of Lully, and there is plenty of that.

The film is in French with English subtitles but is not really dialogue heavy so is pretty easy going if subtitles aren’t your thing. Its more an atmospheric and musical film which is befitting for the subject and a stunning soundtrack is available. Spectacular, fascinating and entertaining.