An interesting little operatic vignette takes to the stage this month thanks to Northern Ireland Opera Studio, ‘La Dirindina’ by Domenico Scarlatti. The opera studio is a program to encourage young and emerging operatic talent by offering them experience in both staged productions and recitals. A pathway to performance for the future of opera in Ireland. 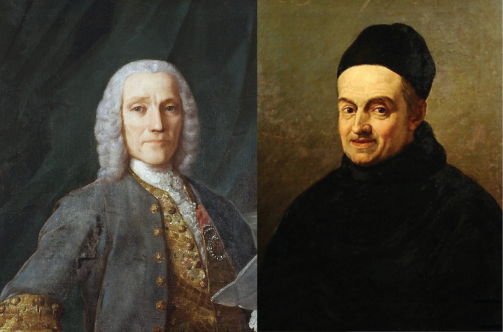 La Dirindina is a comic intermezzo composed as incidental entertainment to be performed during the interval of Scarlatti’s opera ‘Ambleto’.  Shortly before it’s premiere for the 1715 Carnival at the Teatro Capranica in Rome it was withdrawn after being banned by the Vatican censor. The issue seems to have been the rather scandalous libretto by esteemed but irreverent and satirical Tuscan playwright Girolamo Gigli. Printing of the libretto was forbidden but a copy was discovered by Giovanni Battista Martini (famous as a teacher of both J.C. Bach and Mozart) and he seems to have also contributed substantially to the music of the version performed today. The work was more recently rediscovered and edited by musicologist Francesco Degrada and a first recording was conducted by Riccardo Muti in Naples in 1968. It consists of eight recitatives and eight arias or trios.

The first recording of ‘La Dirindina’ conducted by Riccardo Muti in 1968.

A satirical observation on contemporary musical and operatic life La Dirindina tells of the aspiring operatic singer of the title who is being tutored by the older Don Carissimo who seems more interested in his pupils physical attributes than her artistic ones. Needless to say, being an opera, an amorous young upstart in the form of Liscione arrives to thwart Don Carissimo’s plans. Dirindina is in love with Liscione (An operatic love triangle..!). Don Carissimo is vexed by the arrival of Liscione but even more so by the fact that he brings an invitation for Dirindina to perform at an opera house in Milan. Don Carissimo insists she is not ready but Liscione tells her to be successful doesn’t only depend on singing skills and proceeds to teach her how to use her womanly charms to progress in the music business (shock, horror!). He tutors her in a scene from Dido & Aeneas where Dido berates Aeneas for deserting her and for his unfaithfulness. The eavesdropping Don Carissimo thinks the acted scene is real and that Dirindina is about to commit suicide. When he sees it was only acting he is relieved to the point of blessing the young lovers, congratulating them and wishing them all the best to the amusement of  both Dirindina and Liscione.

Domenico Scarlatti who was son of the more famous operatic composer Alessandro Scarlatti is best remembered for his many keyboard sonatas and didn’t wander too often into the realm of composition for voice. That being said, this is a delightful if short piece of baroque fun and frivolity which is partly remembered for the scandal of it’s banning. Nonetheless La Dirindina contains some beautiful singing with each performer getting their time under the spotlight. 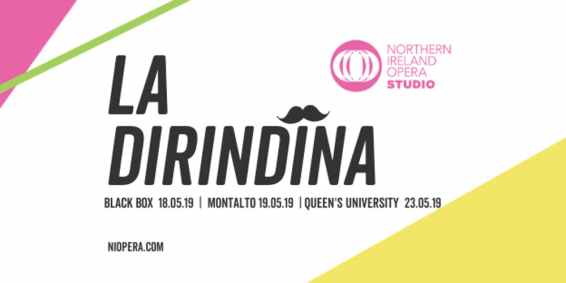 Details of the Northern Ireland Opera Studio production are Here 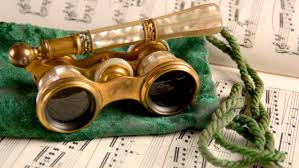 One of the main criticisms of opera is that it is exclusive, expensive and irrelevant. To quote Georgia Rivers of Opera Australia it is seen as ‘boring intimidating entertainment for rich stuffy people’. An expression of high culture snootiness that without taxpayer support would instantly disappear from the public imagination and become the preserve of antique music enthusiasts swapping sound clips and historical trivia on obscure social media chat groups.

Is there anything to this charge? well quite a bit actually and confronting this issue head on is one of the greatest challenges facing the opera world today. It is certainly the elephant in the room during most opera discussions I have and to be honest a quick ‘ah… but the facts are…’ retort can be difficult to come by.

Was opera always perceived like this. Is opera, like the pricing of good Champagne, more about keeping certain people out than about making a wondrous experience available to as many as possible. Was opera always a way for the rich to express their cultural exclusivity. Did it always have what marketers today might call a ‘Luxury Brand Positioning’.

Apparently not…
The birth of opera is usually dated around 1600 and its incubator was the homes of the merchants of Renaissance Florence. The dark ages had been just a bit too dark for the newly elevated mercantile classes of central and northern Italy and what better way to banish the memories of those rather pungent northerners with their beer, bearskins and beards than through entertainment. Music, singing and dance!

In a cultural landscape dominated by the Church these merchants began to crave a cultural expression of their own. They wanted to define a new type of entertainment that reflected their values and standing in society yet one which would also be entertaining, creative and popular. This duality of requirements on the ‘call for tenders’ if you will was to be the key to the success of opera. The general public could go to hear beautiful songs sung by the best singers and performers of the day and the wealthy could sit in their boxes and appreciate the creative artistry and classical stories acted out on the stage. These two groups didn’t have to mix, there were stalls (very often standing only) for the less well off and a circle and boxes for the better off. Opera houses were run rather like the early train operators with their different class carriages. Third class didn’t rub shoulders with first class but everyone got what they paid for and to their destination. 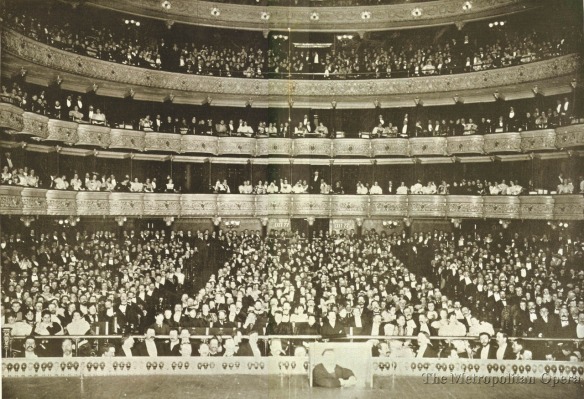 The old Metropolitan Opera House in New York. Stalls below with Boxes and Dress Circle above

For much of operas history this was the business model promoters used and it sat quite happily into the class structures of Europe as the way opera worked. All social classes attended and got from it whatever they wanted. Literally opera for everyone. But around the end of the nineteenth century, which many would consider the twilight of the classic period for opera, a move to appropriate opera for high culture and wrestle it away from ordinary people was well under way with various walls being erected to exclude much of operas traditional audience. Higher prices, dress codes, social etiquettes, singing in an operas original language. All these bars to common access and appreciation of opera started to coalesce into the image many people have of opera today.

Much of this emerging elitism about opera originated in America which didn’t have the historical class structures of Europe where as alluded to earlier, different social strata had always attended opera. The upper class in Europe had a full suite of other cultural activities that affirmed their status and position but the absence of these in America led to its wealthy being very enthusiastic about the establishment of cultural exclusivity and the appropriation of opera played a major part in this.

This shifting of the social focus and purpose of opera from entertainment and popular cultural experience to a form of semi impenetrable high art was one that opera has never really recovered from. For decades now the earnings of major opera houses have increased and in many countries funding is prioritised by governments that view opera as a national cultural asset, but attendance figures are flat or falling and audiences are ageing. We have reached a point where most people don’t really see the point of opera anymore and wonder why they are still paying for it out of their taxes.

It is heart breaking for those of us who love opera to watch the taxpayer funded defibrillator applied yet again to opera and the minister for arts shout ‘clear’ knowing that one day he’ll shout and the body may not move. It’s certainly a balancing act, knowing how not to alienate the more conservative older more affluent followers who have seen opera through some pretty thin times yet attract new younger audiences to a vibrant, meaningful and entertaining experience. Opera must always have a uniqueness, too much work has gone into its creation and performance for it to be merely humdrum popular entertainment, but every effort must be made to return it to its rightful and original owners, the general public. Everyone is entitled to own something special.